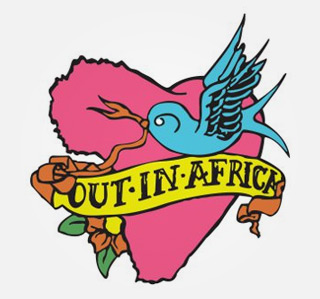 Out in Africa, launched in 1994 to celebrate the inclusion, in the South Africa Constitution, of the clause prohibiting discrimination on the grounds of sexual orientation. It's now Africa's biggest Gay and Lesbian film festival.

The triple Oscar nominee Albert Nobbs will première at this film festival. Glenn Close received her sixth Oscar nomination for her role as a woman passing as a man in order to work and survive in 19th Century Ireland. Janet McTeer, nominated as Best Supporting Actress, also has a cross-dressing role, and the film is up for Best Makeup. Rising star Mia Wasikowska (Alice in Wonderland, Jane Eyre) is the love interest. The director Rodrigo Garcia, son of the Nobel Prize winning novelist Gabriel Garcia Marquez, is an Emmy-nominee.

The guests will present the following interesting films 'A Marine Story', which has won 16 major awards, 'The Gymnast', 'Kyss Mig' (Kiss Me), 'North Sea Texas' which was named Best Feature Début at the Montreal World Film Festival and won the Fipresci International Press Award and 'The Secret' which will play with two South African short films: 'Anders' by Werner Coetzee and Mthokozisi Lembethe's 'Paving Forward'.

Other festival highlights include:

When: DATES TO BE CONFIRMED

Tickets: R48 - but there are lots of concessions available - Clicks, Metropolitan, NuM OAPs and half-price Wednesdays for Fanatics.